The Thing in the Compost

As anyone who lives around here can contest to, we had an amazing growing season here in central Alberta.  Everything was big, bountiful and ripened a little bit early.  It was incredible.

I've shown some pictures of my big pumpkins: 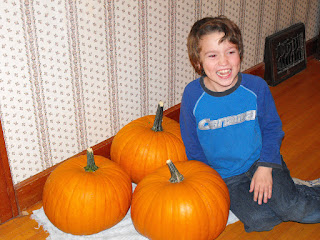 And Zucchini (which I grew so I could save seeds): 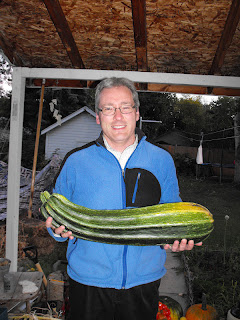 It's been a good year for squash here.

So this squash volunteered to grow in the composter this year.  Squash love compost.  It seems to be their favourite place to grow.   I didn't plant seeds, but seeds from last year ended up in the compost and they grew themselves.  From one plant I got a pumpkin (I believe I pollinated it myself), from another plant I got this: 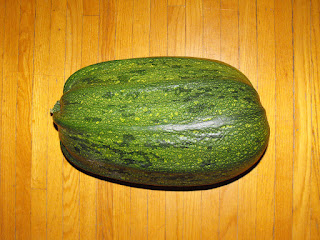 It doesn't seem so impressive until you compare it with that large zucchini pictured above: 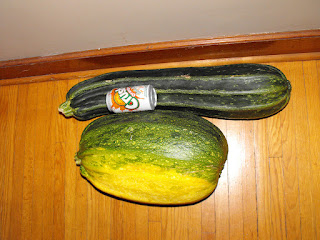 It's huge!  15 inches from tip to tail, and 9 inches across.  It weighs nearly 17 pounds!
I took a picture of the plants in July (they are much bigger now): 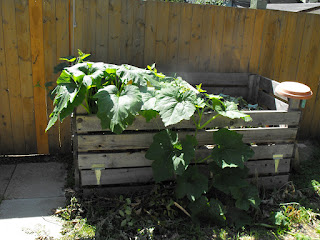 Initially, I was quite certain I was going to get spaghetti squash from that particular plant - you can tell by the shape of the plant beneath the female flowers.  So I do believe this monstrous creature was created by a clever bee that combined pollen from that big zucchini plant with the spaghetti squash.  You can tell from the ridges at the top and bottom of each plant: 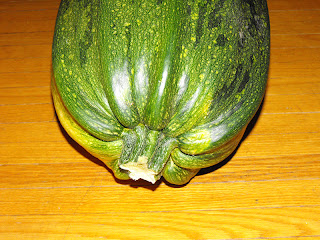 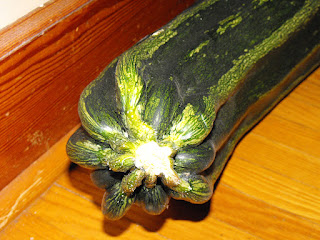 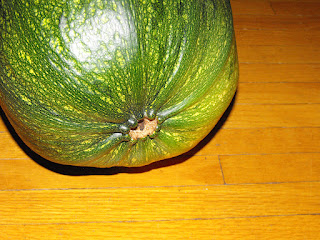 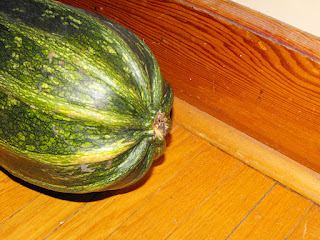 I will cut it open in a few days and see if I can get seeds out of it.  Odds are they won't germinate, but might as well try, eh?
﻿